Sports and Life after Covid-19

I was just imaging how things have gone for these past 3 months. It has really never been easy for anyone.

For almost 3 months since the pandemic struck the world, many things have really changed. It was an advent of a situation we did not expect at all. I believe each and every one of us must have made some beginning of the year outlines of achievements during the year. It is a normal thing to do and no one is to be blamed. But the strangest thing is that no sector of human endeavors foresaw the pandemic. Once struck, everything was in disarray. That is the strangest thing our own generation has witnessed so far. Let’s know that this is not the first time the world was seeing a pandemic. All sporting events were put on standstill, and fitness programs were suspended. People do indoors training and exercises. There are marginal activities and some athletes are losing form. Are the athletes taking the right nutrition to avoid lost of form and weight addition?

The situation of the pandemic saw all sports events canceled and annulled. Football leagues in various countries, GP race events, hockey, rugby and all sorts of sporting events were called off. Even public and private fitness centers were closed. Everyone was locked up in his apartments. This has seen some athletes grown weights and lost their bearings too. The lack of sporting activities may have affected the marketing of sports nutritional food and supplement since many athletes and fitness people were stacked. But the truth is that sport people should adapt to the current situation. There activities and lifestyle could be changed but they should change with time and not by time. No matter how this pandemic must have struck, nobody should blamed. This is not the first time the world have witnessed a pandemic. It is historical in the existence of man. But man has always found a way to deal with it.

Some Historic pandemic in human existence

I just want to highlight some periods in which the world has suffered pandemic, in order to show us that there might be life after this current pandemic after all.

In the Byzantine Empire in 541 CE, there was a plague, called Plague of Justinian that ruptured human activities and terminated so many lives. From the capital city of Constantinople, it spread to many continents of the world and killed nearly 50 million people. There was no vaccination then, and people just practiced social distancing. There were no internet and no business going on! How did they survive it? No one knows. Those who survived grew immunity and everything became normal.

In 1347, a plague called Black Death swept Europe in the Middle Ages as recorded in the Swiss manuscript the Toggenburg Bible, 1411. And decimated the population, claiming nearly 200 million lives! This bubonic plague had no cure, no vaccination and no scientific solutions. The suspects of this disease what kept away in 40days of isolation. This is the beginning of what we know as Quarantino (Quarantine). At the end the sickness went away without explanation.

The London plague appeared before the year 1500 in London and struck majority of the population. England saw the worst scenario of deaths in their entire existence. In 7 months, 100,000 lost their lives. The government imposed the law of isolation for carriers and killed thousands of domestic animals believing it was spread through the animals. The people took to a strange solution, marking red crosses on the front doors of there houses and imploring the mercy of God. Sick people were locked up in their houses and the dead were buried in mass grave. After a while, the disease disappeared.

The worst was yet to come! In the 15th Century there is the advent of smallpox that became the deadliest disease in the world history. This disease killed millions of people around the world particularly in America, Asia and Arabia. Over 90 percent of the Mexicans suffered this epidemic. Record says that the Mexican population of 10 million was reduced to 1 million. This disease was the first that got vaccines in the 18th century by a British doctor named Edward Jenner. This is the first time a pandemic was cured through vaccination, though it was still in existence till recently around 1980/1981.

Cholera came on board in the mid-19th Century and has killed many people throughout the world. This time the world has so much improved in scientific research, and thanks to some medical researchers like John Snow and Sherlock Holmes, there was discovery of the cause and preventive measures were given. But the world still witnesses the disease in some parts where adequate water treatment is not present. Now after all these, the world finds a way to move forward!

There are many other pandemics that the world has witnessed which I cannot list out here but what we must notice is that each of them has left a scar on human behavioral activities. The more advance the world becomes, the more sophisticated the pandemic, and the more the world provide a means of survival.

In the 21st Century we are still witnessing another pandemic. This Corona virus, simply known as Covid-19 has really crippled the world. Not just in the social perspective but all round: social, psychological, religious, and economical. Causes of this are yet debated. Many parts of the world have recorded huge number of cases in infections and deaths. No officially pronounced vaccines yet, even though some countries have started lifting their lock down impositions, people are still afraid to go out or to associate. Businesses have suffered and many jobs are being lost day by day! But the issue is how will the world move forward?

The world will witness the rise of e-commerce. People have been doing shopping and buying what is necessary for their activities and lifestyle for years. And I think there acted more prophetic. It is encouraging for people to shop for their fitness materials online business in order to keep fit as many countries have started contemplating resumption of sports and physical exercises. We must keep fit with some organic food supplements and materials we could lay our hands on. Many have added some kg and it will be wonderful to start burning down some bad facts and keeping shape in order to begin from where we stopped. The change in the trend of event may see some food and dietary items missing in stock. Many consumers engaging in online shopping activities after the corona virus (Covid-19) are on the rise, some items are being extinct! There are many though, which could supplement for the lack of others, but are also powerful in nutrients. It will be amazing to keep off some foods that will diminish our performance. Let us take off properly to avoid injuries.

There is hope after the pandemic! people should not lose hope. Athletes should keep to their personal training while observing their dietary guidelines. Since some countries are reopening their sporting activities, it is time to go shopping for those organic food and supplements that will keep us in shape. Many online markets are open with some wonderful stuffs to put us back to shape. As I stated earlier, jumping quickly into physical training without adequate preparations on nutrition will be exposing one to the danger of injuries. Caring for our health is the priority after the pandemic. Life must go on!

Linus Ihebirinachi is an athlete and a Sports analyst. He writes on nutrition for efficiency and amazing performance in sports and helps in providing guidelines for adequate diet plans for athletes and fitness work out. 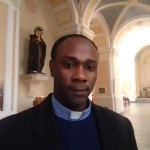 Linus Ihebirinachi is an athlete and a Sports analyst. He writes on nutrition for efficiency and amazing performance in sports and helps in providing guidelines for adequate diet plans for athletes and fitness work out.

2 thoughts on “Sports and Life after The Covid-19 Pandemic”

Periodic rest and recovery time in Sports and Fitness

You may have missed

Periodic rest and recovery time in Sports and Fitness